Concrete is a durable – we all know that. In-fact there is proof of this opening statement all over the world for anyone to see on any given day. Concrete has been around for a long time, and as such, we can see many structures that are hundreds, even thousands of years old. The remains of some concrete floors, houses, and water cisterns discovered in Syria and Jordan have been dated at 6500BCE. Consider this… in the 7th Century BCE, the Neolithic Revolution was taking place. This was the first time in human history that different cultures mixed with each other in a way that was not battle, and as a result agriculture was conceived, and the world’s population grew exponentially – from maybe 1 million at the start of the century, to 10 million a hundred years later. It was in this century that pottery became common, the cow was domesticated, and concrete was poured for the first time. Many of these now 8500-year-old concrete constructions are still standing. 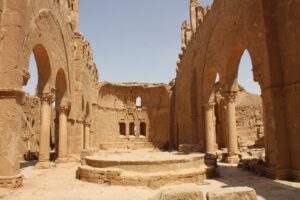 While the general composition of modern-day concrete often differs from its ancient equivalents, there are many impressive structures both contemporary and archaically classic in existence today around the world that beautifully showcase the material’s strength and longevity. Since the turn of the millennium, concrete products have made a quantum leap thus ensuring that the great concrete constructions of today will well and truly be still there for someone to see 8500 years from now.

‘Just of late’ traditional iron reo has been under the pump if you will. This is due to the coming of concrete slabs that are dosed with fibres, and perhaps even greater so, the advent of fibreglass reinforcement. The fibreglass rebar has a large decisive load and due to its contour, it offers a maximum bondage with the concrete. But perhaps the biggest benefit of fibreglass reo is its high corrosion resistance. Concrete does absorb water, and therefore iron reo can corrode. 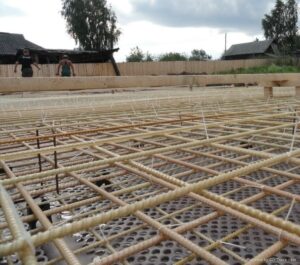 Danterr are very passionate about revolutions in reo and are here to meet all your fibreglass reo needs.

Another Danterr speciality that has come about from 21st century innovation are PVC Waterstops. A great deal of the most famous concrete structures ever built, and indeed the ones we are about to discuss, could have benefitted from PVC Waterstops. Why? Because Concrete structures are only as strong as their joints, and their joints are only as watertight as the waterstops that join them. PVC Waterstops are designed to allow for expansion, contraction and other movements that can cause joints to open and close while all the while keeping the water out thus ensuring the structural integrity of the concrete joint, and the concrete itself. 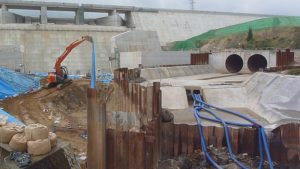 Then there are Plastic Screed Chairs, another 21st invention that benefits concrete. These new model chairs give unwavering support to screed bars. Screed chairs are easily and quickly assembled from three components – a plastic saddle, a threaded shaft and a stable base section. The threaded shaft screws into the base section and enables the chair to be set accurately in height. How is this new you may wonder? Well by being able to adjust the height of your bar chair, you can place your reo precisely within the pour and screed accordingly. 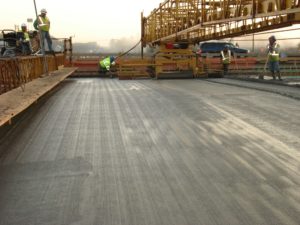 Again sales@danterr.com or Freecall 1800262383 for all your Plastic Screed Chair needs.

It would be remiss of us at Danterr not to discuss a few of the greatest concrete constructions of all-time – all of which have none of the above-mention products in them. But considering what engineering is looking like at the minute; and with the advent of the above three products (plus countless more), concrete construction is only going to get more advanced, stronger, and being able to be applied in more unique and amazing places in (at the minute) unthinkable ways.

Just for the record… here are Danterr’s top 5 favourite concrete constructions to date.

Concrete and many different types of stones were used to construct this renowned Roman structure. It is amazing – when people think of ancient Rome, the first two things that come to mind are probably Julius Caesar and the Colosseum. However, Caesar died over 120 years before the Colosseum was even thought of! The Colosseum it is the largest amphitheatre ever built with and amazing 240 striking arches made of concrete and supported by limestone entailed in the legendary structure. We all know that the Colosseum was used as a gladiator arena; but also (among other things) the Colosseum was used as wool factory and is of course an awe-inspiring tourist attraction today. Though visibly damaged over the centuries by stone vandalism, earthquakes, and fires (google ‘Nero Rome Fire’), the continued survival of the Colosseum is a true testament to Roman architecture and the durability of concrete. 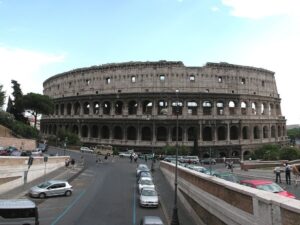 The Hoover Dam is named after President Herbert Hoover despite Hoover having been known as a poor communicator who fuelled trade wars and exacerbated the Great Depression. Hoover is considered the worst 20th century President by many accredited polls, however he has this most famous of famous dams named after him. The Hoover Dam was finished in 1936 meaning that most of its construction took place during the height of the Great Depression. The Hoover Dam is an arch-gravity dam that required the pouring of a million cubic metres of concrete. Due to the aggregate used, samples have shown Hoover’s concrete to actually be getting stronger! 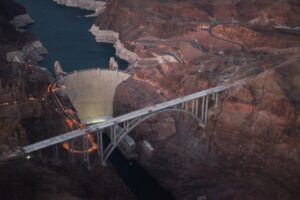 While these massive 88-story towers in Kuala Lumpur may not look impressive these days when compared to the likes of the Burj Khalifa; what make them incredible in the eyes of Danterr is that they are almost complete made of incredibly tough reinforced concrete. Completed in 1996, the towers held the world record for the tallest buildings until 2004 and required one of the world’s longest uninterrupted concrete pours – 54 hours per tower. They are also one of the heaviest buildings in the world, comprised of close to 400 million kilograms of concrete and a robust foundation extending 110m deep into the ground. 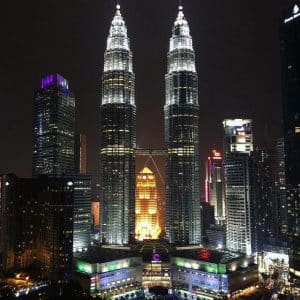 The centrepiece of the Dubai skyline, the Burj Khalifa is the world’s tallest building at 830m. The main portion of this massive skyscraper is reinforced concrete. The creation of the special mix of concrete used required some ‘out there’ thinking as to be able to withstand enormous amounts of pressure and weight in addition to Dubai temperatures that often top 50 degrees. Engineers had to invent a type of concrete that would not set before they needed in such heat but could still work as required when being pumped almost a kilometre into the sky! Due to its immense size as well as the amount of testing and attention to detail necessary to ensure the Burj’s long-term survival, constructing the skyscraper took over 20 million working hours. 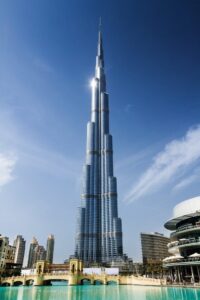 Built in 113CE the Pantheon is the world’s oldest Catholic church and contains the world’s largest unreinforced concrete dome at 43.28m in both diameter and height – an extraordinary and still unmatched feat nearly two thousand years later. This accomplishment and the fact that the monument is largely unblemished still today, can be at least partially attributed to Roman architects creating a very heavy, and intensely thick concrete at the base of the dome and a much lighter, thinner pumice aggregate at the top. 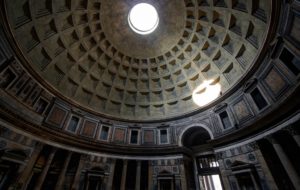