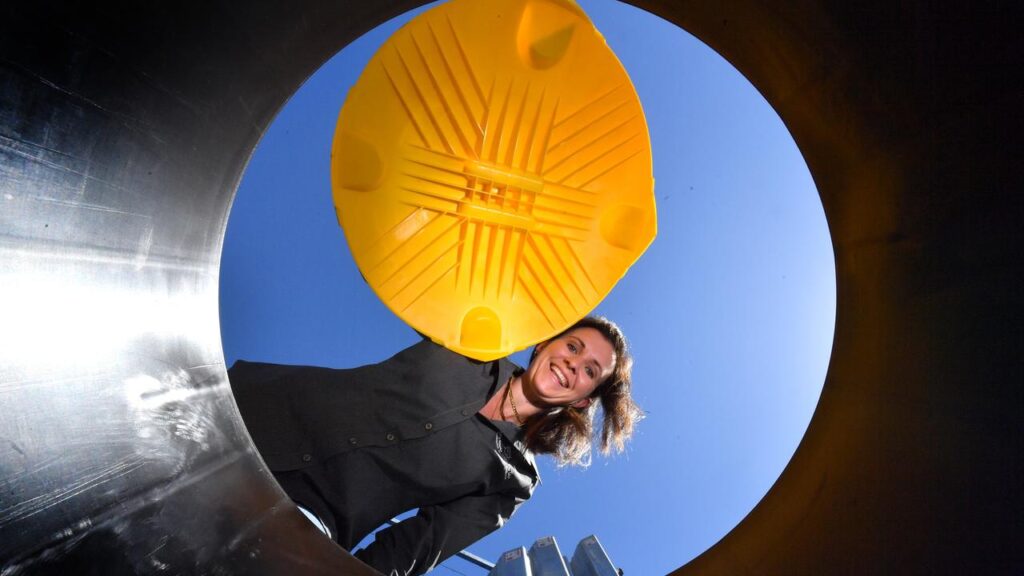 When I asked Luisa Stewart what inspired her to create the Pier Hole Protector, she referenced a key occurrence that sparked an innovative idea in an industry that struggles to adapt to change.

Originally, Luisa was only tied to the building and construction industry through an ex-partner. While busy with her own fulltime job, Luisa couldn’t help but notice that a seemingly regular build was becoming difficult and costly.

The house in question, being in Queensland, Australia, required 50 pier holes and due to bad weather, every time they arrived back at site, the holes were filled with water and debris. Further to this, the pier holes were suffering blow outs during the continued bad weather resulting in a shift in measurements and a costly repair.

“It cost us about $20,000 to fix the issue and I kept thinking, if all the holes are filled with debris, imagine what else can fall in. [Even though the site was fenced in] I worried about dogs and kids that played nearby” Luisa said.

This thought sparked both Luisa’s imagination and frustration. Wondering what was out there, Luisa began her search into the industry and found no suitable solution for the problem and suggested they use bin lids to cover the holes. Little did she know that two years later this idea would see her added into construction history with world first patented safety technology.

Armed with a bin lid, Luisa embarked on a two-year design and redesign process that saw many prototypes and materials explored then crossed off the list. “When I met with B&C Plastics, I did not even know what injection molding was, let alone how much it costs or how the machines and tools work” Luisa said.

The original prototype had many teeth, a handle and no flex under pressure. After attending many expos including some with Master Builders, Luisa discovered that there were faults in her design. “The shark teeth got stuck in the mud, the handle was a trip hazard, the material needed to be anti-slip and I needed a 200kg weight rating” sighed Luisa, and back to the drawing board she went. 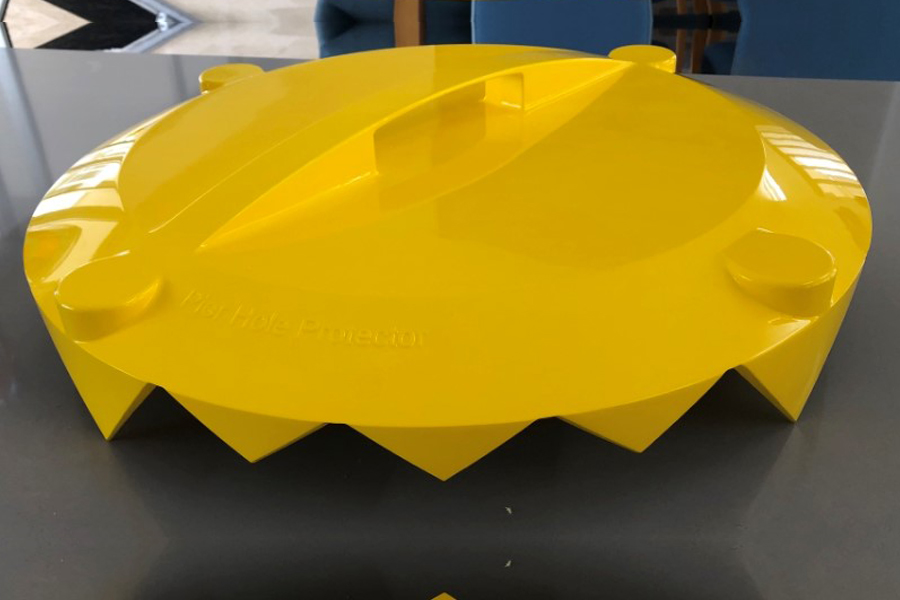 “We trialled many materials. [My favourite included] recycled glass pieces, [but] it didn’t last when I drove over it in my 4×4” laughed Luisa. (Watch the finished product survive a car HERE)

After finding the right material, polypropylene, and lessening the teeth amount, to four, there only remained the problem of a handle. “I was looking around my house for things that were anti-slip and I saw my yoga ball. When I looked at the top of it, I realised I just had to indent the handle, not remove it. I went back to B&C and started again.” 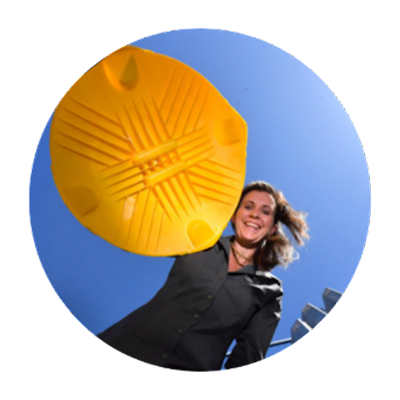 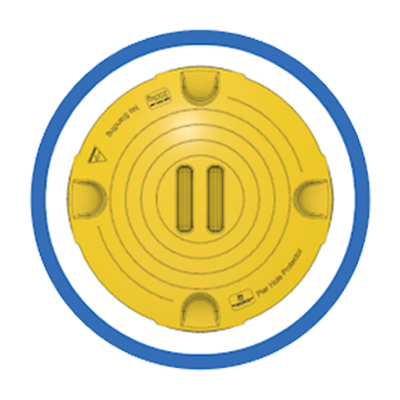 To understand how the device would function, Luisa sought advice and feedback from those in the construction industry, sponsoring golf days and completing more DIY 4×4 drive over experiments. Throughout these events, she often heard stories from sites and how they dealt with covering pier holes in the past. Luisa told us that a worker on a NSW rail site, had been on site, when a safety inspector had decreed no one was to leave site for the day until all 200 pier holes were covered. The inspector stayed into the dark, watching while the workers created plywood crates to cover the holes.

After a year of networking with builders and safety managers, coordinators and trades, Luisa now knew she had a product that would save lives and the journey to a patented design was in site. Luisa discovered the only idea in contention with her own, was a design from 1988. “How had nobody thought of a solution?” remarked Luisa, realising it had been 33 years since a new idea had been born.

Luisa’s first sale was for 1000 Pier Hole Protectors to the Sunshine Coast Mitre 10, where many locals found out about the product. Although a learning curve for Luisa, she found her feet soon after and started to receive enquiries from both within and outside the country eventually finding herself signing off on a pallet load to Canada.

It was through the initial stocking at Mitre 10 that led her to find a sort of mentor in Pat Cormack, of Cormack Concreting, from the Greater Melbourne region, her initial connection in Victoria, despite the turbulent happening that was, and still is, Covid-19.

“Without Pat’s confidence in the product, I would not have accelerated as well as I did down in Victoria. His company is leading the way using 300 of the covers each and every day, proving how important site safety is to them”

“I consider Pat and his son Luke to be partners on the journey we are currently embarking on taking and expanding this product both nationally and internationally.” Luisa wrote me after our interview.

“I would love to manufacture in other countries and in more sizes” says Luisa of the future. “[Safety] is a mindset that people will eventually change; imagine how annoyed the car manufacturer’s were when they had to put seatbelts in cars, but [the results are now too obvious to deny, that safety saves lives]”.

For any more information on this product, a free quote or enquiry about a construction blog or interview please email innovation@danterr.com.

Special thanks to Luisa Stewart for her resources, time, and inventive mind. It was and has been a pleasure to work with you.