Danterr – Holding Back Water on any Scale

Concrete works on any scale… with the help of a lot of extra parts!

At Danterr we are fascinated by the possibilities of concrete; perhaps more so with the innovations that make concreting easier, safer and more efficient both cost wise and environmentally friendly. The first concrete appears to have been poured around 6500BCE by Nabataea traders in regions of Syria and Jordan. Almost 8,500 years later in 1893, George Bartholomew paved Court Avenue in Bellefontaine, Ohio, USA, the first concrete road. But it is the Three Gorges Dam in China that really has us fascinated at Danterr. 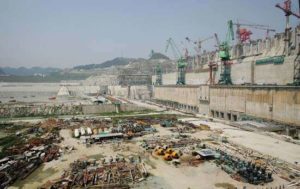 Why Doesn’t it Leak?

Like most dams, the Three Gorges Dam doesn’t leak because the concrete is filled and surrounded with remarkable products that strengthen the concrete’s resolve in holding back water. The Three Gorges Dam holds back 39 trillion kilos of water at any given time, and during construction, all this water from the Yangtze River, the 3rd longest river on earth, still was in existence, but it was not all in one place. Interestingly, this amount of water artificially moved into one place, has caused the earth to spin ever-so-slightly slower on its axis. This is due to a phenomenon known as ‘the moment of inertia.’ You don’t need an advanced degree in physics to understand this… think about a diver at the Olympics. For them to get as many somersaults in as possible, they need to tuck themselves up and become compact – no body parts hanging out or dragging behind. Same with a Figure Skater. For them to do their spins in the air as quick as possible, they need to be coiled up – they can’t have their arms sticking out rigid. The earth spins in the same way, but the Three Gorges Dam is holding out 29 trillion kilos of water, that is now rigid. Therefore, this water delays the moment of inertia, thus holding the earth back – 0.66 microseconds per day! 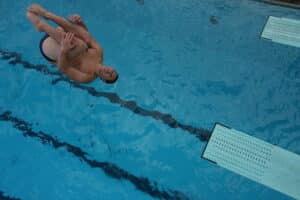 Both upon completion, but especially during construction, a multitude of products were needed to keep the water out at the Three Gorges Dam site. At Danterr, we can deliver a huge percentage of these said products anywhere in Australia. Yes every concrete project ever completed was smaller than the Three Gorges Dam. And yes, at least for the foreseeable future, every future concrete project in Australia, even those on the grandest scale, will only be a small percentage the size of the Three Gorges Dam project. But the same principles and therefore the same products are needed no matter what size your concrete project. Engineers have differing theories; contractors, builders and architects all over the world have differing views on sports teams, politics and culture. But the laws of physics are absolute. So after the laws of physics… everything else is optional!

We could have helped build the Three Gorges Dam!

At Danterr we were a key supplier of products to the $94 million upgrade of the Kangaroo Creek Dam. The ingenious range of Jeene water-stopping products – via Brazil, the country with the most freshwater on Earth, were a big part of the Kangaroo Creek upgrade. Brazil, more than any other country on Earth, has a need to stop water getting from A to B while completing construction, and it was an obvious choice for us at Danterr to tap into their technology for the benefit of Australian projects. For more information about the Brazilian made Jeene water stopping range, please contact us on 1800 262 383 or email sales@danterr.com 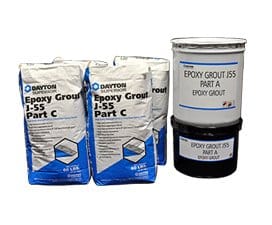 We have Hydrotite which is lining inserted into concrete joints that swells when water hits it, thus making the concrete joint more waterproof. This product comes in 10m strips, and our biggest order to date was been 3km of the stuff! Using this scale, the Three Gorges Dam would have required close to 1,800km of Hydrotite – the equivalent of Brisbane to Melbourne!

Then there is the PVC Waterstop, that can be attached to the back of the concrete or used inside the pour as extra waterproofing. We provide this product in 15m rolls… the Three Gorges Dam used a product with the exact same properties… 2,200 trucking containers of it! It is easy to see why the Three Gorges Dam project, from 1992, to 1997 needed 34 bridges and 5 double-lane tunnels built just to get the building supplies to the site! 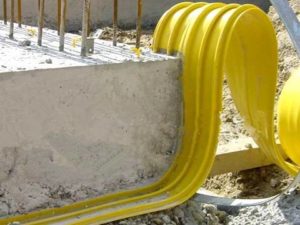 These are just four examples of how Danterr can help anybody or any project that is using concrete to block water in anyway. No matter the size of your job, if you are fundamentally trying to stop water getting from where it is going, at Danterr we have an endless catalogue of products that can assist you. Enquire now!