As we speak, the Victorian Government is removing nine dangerous and congested level crossings and rebuilding five train stations along Melbourne’s busiest train line, the Cranbourne-Packenham line and Danterr couldn’t be prouder being along for the ride.

Boom gates in this area can be down for up to 87 minutes during the two-hour morning peak, crippling the road network, leaving people rushing to get to work or drop their kids at school which in turn puts safety at risk. There is nothing more frightening than approaching a level crossing in congestion and becoming stuck on the lines when you felt the coast was clear to cross – if the gates are coming down and this happens, a very preventable fatality is awaiting. Getting rid of these relics of the past will improve safety and reduce congestion. 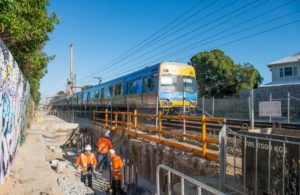 But how can this massive project be done. Surely there is only a finite amount of land and the need to separate the roads from the tracks can’t possibly fit into the already crowded suburban surrounds of Melbourne? The way to solve this problem is to elevate the train tracks track. At Danterr, we are market leaders in supplying the products that elevate concrete, and while the ancient Greeks, then the Romans built many a column and / or pillar that have lasted a couple of millennia, at Danterr we think ours will last longer! Plus, the Romans didn’t have to support the weight of a few hundred trains per day, only roofs, and statues, perhaps the odd lighthouse or mausoleum! 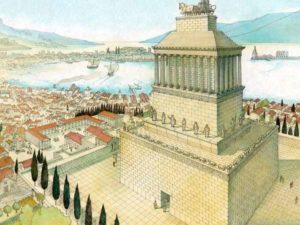 The Caulfield to Dandenong Level Crossing Removal Project is probably one of the projects we are the proudest of being part of. Improved safety, reduced traffic congestion, train efficiency, and the rate of which this project is being completed are all great indicators of how this project will change the lives of millions of people for the better. By elevating the train tracks, the innovative and modern design will remove the barrier between communities and create 225,000 square metres of linear park – equivalent to 12 MCGs. 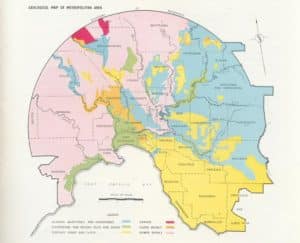 Around 55% of this area is to the east of the Melbourne CBD, however this 55% or just over 4,00km2 contains almost 70% of Melbourne’s total population. This all adds up to a huge amount people living in a small space, thus there is not a lot of ground left to build new roads and train tracks that are separate from each other. If you go outside and look straight up, 100m above your head is The Kármán line, which is widely considered the end of Earth’s atmosphere. 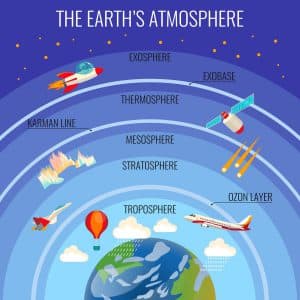 Up is the answer. There is room in the air. If the train tracks are elevated, then not only is there room underneath for the cars, but even more area is opened up. We don’t have to lift the train tracks into the troposphere, but just 20 or 30m, and the amount of free space that is created defies belief.

With new community spaces and parklands and new car parking, the existing rail corridor will be opened up to the community and transformed into a vibrant public space that will include a new pedestrian and bicycle network and include up to seven new community activity spaces. 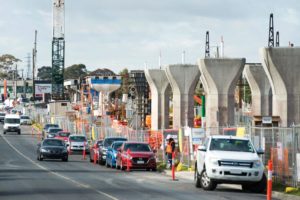 Using products expertly sourced and supplied by Danterr, the innovative design significantly reduces the impact of construction. The new rail line can be constructed while trains are still running, greatly minimising the impact on both road and rail use.

In helping to remove these nine level crossings, build five new stations, and open up communities, Danterr is proud to say the overall result of this mammoth project will reduce traffic congestion, improve safety and improve the way in which we live.

But how do people get trains into the sky? We build concrete foundations, then pillars, then bridges… like this demonstration, which is displayed on a huge scale…

To do this, a multitude of different projects are required. The surrounds need to be prepared with footpaths and bike paths which require expansion foam to ensure good concrete joints…

Trenches need to be dug to build the foundations for the pillars. Sacrificial Formwork, in particular Pecafil is a great product for this application and is available at Danterr in any specifications…

And last but not least are the simple Plastic Shims. Plastic Shims are used for packing under precast concrete panels or tilt-up panels, effectively levelling the high load objects and achieving alignment with a non-skid surface. The key word in the above description is ‘alignment.’ When panels of concrete are pre-cast and tilted up to eventually elevate trains above the ground alignment is beyond crucial. Plastic Shims encourage alignment, which generates a better bond, which makes the concrete pillar stronger, which lets a train travel on a track that is being pushed down by gravity but held up by concrete – concrete that needs Danterr products to survive this pressure!

Every elevated rail line on Earth needs to be held up. Concrete is still the best way to do this, and Danterr remains an industry leader in providing the products that allow gravity to be broken! Enquire now about any concrete or construction product you can possibly think of!