In Australia we have a proud history of tunneling. Dozens of tunnels have been successful implemented into Australian infrastructure, with two more, the Sydney Metro and the Westgate Tunnel both in the works as we speak. However, if you have a quick look at a population map of Australia… 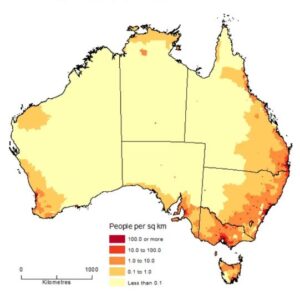 Then compare the above image to a population map of China… 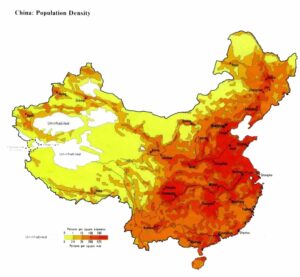 And to a population map of Europe… 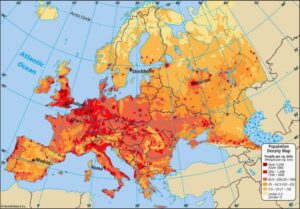 Therefore, in Australia our tunnels at this stage don’t need to transport people between peninsulas or through mountain ranges. In theory we could have an underground tunnel between Cape York on the top tip of Queensland heading west to the north east tip of the Northern Territory. This would require a 300km tunnel, that would save a 4,000km drive. But the population of these two areas add up to less than 30,000 people, so the sheer cost of the tunnel would never be recuperated!

In China, however, with around 150 million people living on the two peninsulas we have above mentioned, the Chinese did need a tunnel – a 123km underwater tunnel…

And in Europe, and especially in the dead center – Switzerland, driving or catching a train around mountain ranges trying to get from A to B would be made easier in an almost unquantifiable way if you could simply go through the 50km x 50km base of a moutain, rather than the 900km around the range. A previously 900km journey, is now just a 50km trip thanks to the Swiss Gotthard Base Tunnel…

But in Australia, we shouldn’t feel left out! We should feel lucky. However, with Sydney and Melbourne’s population growing close to exponentially, and with the early settlers deciding to build Australia’s biggest city with a deep and long harbor in the middle, tunnels, although not on the same scale as the Chinese and Europeans, are still required. And the science, engineering and construction is still the same.

To build a tunnel underground that is underwater requires a huge amount of foresight, engineering prowess, and perfect construction. You can’t do this without the right products. At Danterr, on both the Sydney Metro Tunnel, and the Westgate Tunnel in Melbourne, we have supplied hundreds of specialised products – the exact same products were used in the above-described Swiss and Chinese mega-tunnels. Yet, with all the products supplied by Danterr to Australia’s two most revolutionary tunnels, three stand out… and they are three of the most basic, yet crucial products that every tunnel in the world requires during construction.

No these are not chairs for the workers to sit on during smoko, but rather a support product that holds the mesh / bar both of fiberglass (which we can supply by the mile load) and iron in place, thus allowing the slab on the bottom of the tunnel to be poured in a more efficient and stronger fashion. The fiberglass rods in the concrete make the slab stronger, and they are held in place by the chairs. Think about it… the tunnel is built coming up from a concrete slab that is poured on the floor of the bored tunnel. So the bottom slab contributes to the support of the weight of the external tunnel walls and roof, which in-turn supports the weight of hundreds of millions of tonnes of earth and water. It is a no-brainer to make the slab on the bottom as strong as possible, and using a few thousands of these little plastic contraptions 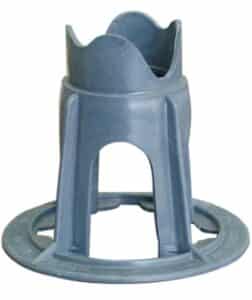 The reinforcements in the slab are held exactly where designed allowing a stronger overall slab with the outside world having less chance of penetrating the underground / underwater tunnel.

Does anyone, say over the age of 40 remember, up until around 1997, that man couldn’t venture down to see the wreck of the Titanic first hand? This was because the technology of the time couldn’t keep the water out of the submarine that was being forced through the walls due to the pressure of deep water submersion. Eventually, engineers worked out how to make submersible craft as small and compact as possible, with different materials to the standard iron and steel that submarines had always been made of.

Unrelated, but fascinating all the same, is the fact, that for a few hundred thousand dollars, anyone can now can a tour of the Titanic wreck site, some 13,000 feet below the surface of the North Atlantic!

Back on point – The same science that allows seeing the Titanic with your own eyes applies to keeping the water pressure generated by billions of litres of water out of a tunnel. This water is being forced into the tunnel by the phenomenal forces of nature but needs to be held out. Hydrotite is a simple rubber product that provides maximum seal between joints in concrete. If the water is going to rush in, it will start at the concrete joints, and Hydrotite, when inserted into these joints, makes them infinitely stronger, effectively sealing them. 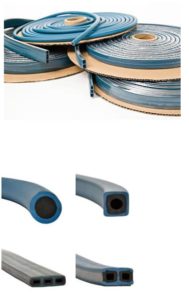 And finally, there is tie wire. When the mesh is shaped inside the bored hole that will become the tunnel, it must be tied together. If there are gaps in the foundation mesh, or pieces of it drift apart, then the concrete that surrounds this mesh will be slightly weaker. We have been over (see above) what weaker concrete means for an underground, underwater tunnel! A huge amount of tie wire is needed simply to hold the pieces of mesh together. So the next time you are driving through a tunnel, be sure to keep your eyes on the road, but have a quick think about 1.5mm thick wire that is above, below and on each side of you… kilometers of it. Wire that if it was not used, would make your drive ever so slightly more likely to end up a boat ride! 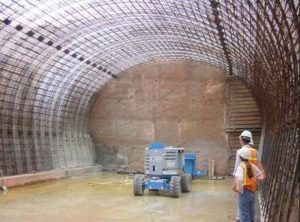