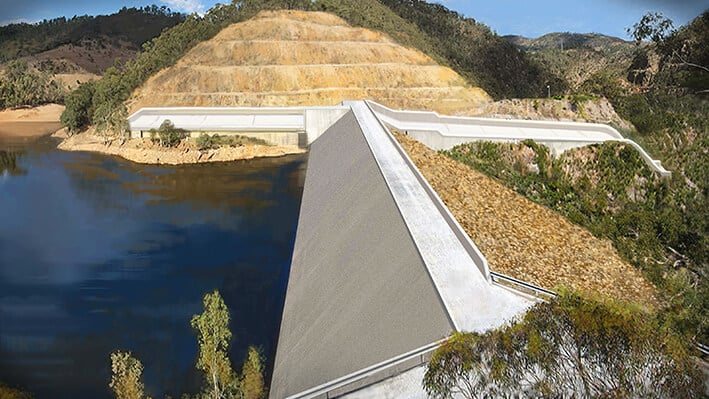 50 DANTERR PRODUCTS USED IN THE $94 MILLION UPGRADE TO KANGAROO CREEK DAM Danterr has been closely involved with the Kangaroo Dam Project in South Australia. This is an important upgrade to this dam, as this development will help with managing major floods in the area, and will also increase the dam’s ability to withstand earthquakes. To compliment this major development, Danterr has incorporated a Brazilian product, the Jeene Waterstop, which until now has never been imported into Australia. Danterr is working closely with SA Water, local government, the Environment Protection Authority (EPA) and many additional stakeholders over the course of this project, which and is projected to be completed in late 2019. This $94 million upgrade is currently in the second stage of infrastructure safety upgrades, and recently reached an important milestone with the blasting removal of 300,000 square metres of rock from the nearby hillside, which widened the dam’s spillway by an average of 33m. Danterr has contributed quality products and an excellent level of service to this large scale project, which we are excited to reveal next year.